The Test Module add-on for CONNECT-ACS – in compliance with FCC Mandated Testing for All High-Cost, Subsidy Recipients – part of DZS-CONNECTION Software Suite, has been designed to meet the FCC testing requirements as outlined in FCC Ruling DA-18-710A1. This CONNECT ACS Module is capable of CAF II Bandwidth & Latency Testing in accordance to DA-18-710A1.

Who is affected: FCC Requirements from FCC document DA-18-710A1:

All carriers which receive government subsidy to provide broadband in “high-cost” areas, must perform the tests. Basically, that is almost every tier 2 and tier 3 carrier in the USA.

A  glossary of terms provided by the Universal Service Administrative Company (the glossary), heretofore referred to as USAC, can be downloaded from the web. The glossary and other documents can be accessed at www.usac.org.  All acronyms are defined within the glossary.

Subsidies were determined to be allocated along four separate performance tiers and by two separate latency tiers with funding preference given to providers offering faster speeds, lower latency, and larger data usage allowances.

The Test Module add-on for CONNECT-ACS, part of DZS-CONNECTION software suite has been designed to meet the FCC testing requirements as outlined in FCC Ruling DA-18-710A1.
The ruling can be downloaded at www.fcc.gov. 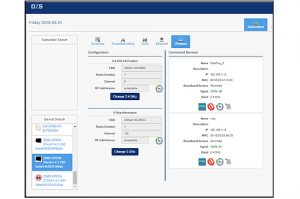 FCC Requirements – What is it?

DASAN Zhone Solutions (DZS), offers a wide range of GPON Products and Solutions for GPON Networks ranging from OLTs that serve many thousands of customers, to WiFi enabled ONTs that reside at the residential user’s home.

A single fiber from the OLT can deliver video, data and voice signals to hundreds of end users, and understanding a GPON Network is easier than you think. Take a closer look at how a GPON OLT device deployed in a typical GPON network delivers services to end users by way of a GPON ONT installed inside the home. GPON Network Components

The Need for Speed: Migrating your GPON Network to XGSPON

DZS offers the largest ONT Portfolio for GPON or Active Ethernet Gigabit Broadband Internet offerings. When terminating that Single Mode Fiber at the home you need flexibility when selecting an ONT to support your Data, Video, Voice, and Power over Ethernet (PoE) Devices. ZNID Series of GPON ONTs