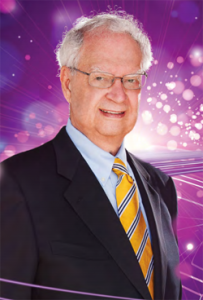 1982 was a significant year for Sherman Miller, Multicom’s founder and president. It was that year that he started Multicom, Inc. – an event marked by the opening of the garage door of his home.

Since that time, Multicom has grown to be a cohesive team of experienced technicians, engineers, administrators, and sales people with decades of experience under their belt – many of our staff today are original hires and have worked at Multicom for more than a decade!

Multicom offers from one source, multiple lines of products to completely build and maintain communication systems at cost effective prices.

Multicom stocks over 18,000 products from more than 380 of the world’s major manufacturers. 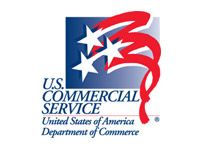 The President’s “E” Award was created by Executive Order of the President on December 5, 1961, to afford suitable recognition to persons, firms, or organizations which contribute significantly in the effort to increase United States exports.

The President’s “E Star” Award, which was authorized by the Secretary of Commerce on August 4, 1969, affords continuing recognition of noteworthy export promotion efforts.

During World War II, more than 4,000 “E Pennants” were presented to war plants in recognition of production excellence. The famous flag with the big “E” emblazoned on it became a badge of patriotism in action.

Winners of the “E” and “E Star” Award are authorized to fly the blue and white banner, to display the accompanying certificate of commendation which is signed by the Secretary of Commerce in the name and by the authority of the President, to wear and issue to employees an “E” lapel pin, and to refer to the award in their advertising. 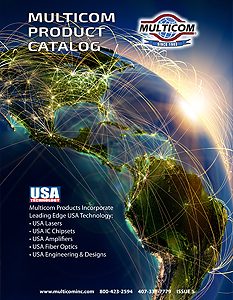 ‘Cost-Effective Quality’ is the buzz-word these days and this is what Multicom’s new line of fiber optic products deliver.

For a comprehensive look at all of our fiber optic, CATV and network offerings: 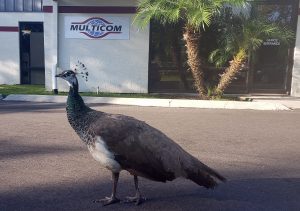 Meet Penny, our friendly neighborhood office peahen – or female peacock. Though not a full time employee, she’s been hanging around our office for quite some time now.

We have requested her resume in the hopes of finding her a position at Multicom, but she seems to be content merely eating the food that we provide and greeting visitors and staff as we come and go.

Stop by anytime to meet Penny, and the rest of our Multicom staff.