The “Internet of Things” (IoT) is becoming the hot topic of conversation both in the workplace and outside of it. It’s a new and exciting concept that not only has the potential to impact how we live but also how we work.

Let’s start with understanding a few things: We all know that broadband Internet is amazing in so many ways and is become more widely available to everyone worldwide. The cost of connecting to the Internet is decreasing, more devices are being created with Wi-Fi capabilities, technology costs are coming down, and who doesn’t have a smartphone these days? All of these are the ingredients of an Internet of Things perfect storm. 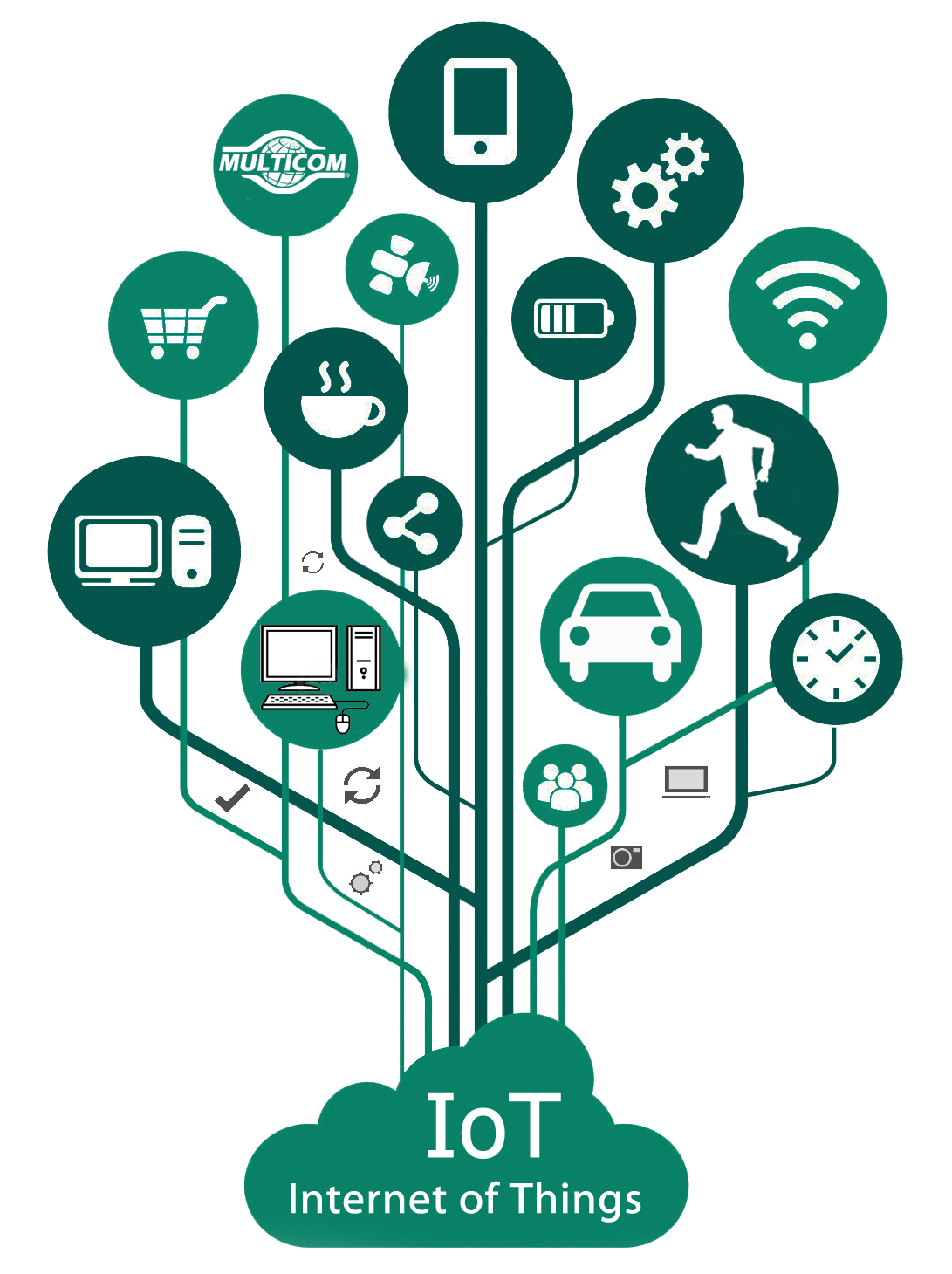 So What Is The Internet Of Things?

Simply put, this is the concept of connecting any device with an on/off switch to the Internet – and to each other. This includes everything from your house lights and fans, smartphones, coffee makers, computers, washing machines, vehicles, wearable devices and almost anything else you can think of.

As mentioned, if it has an on/off switch then chances are it can be a part of the IoT. It is predicted that by the year 2020 there will be over 100 billion connected devices – and growing exponentially. The IoT is quickly becoming a giant network of connected “things” – and remember, people are things too. The IoT interconnectivity will be between people and people, people and things, and things and things. With an on/off switch and the right components there is nothing that cannot be connected to the IoT.

The Internet of Things is the network of physical devices embedded with electronics, software, sensors and network connectivity that enable these objects to collect and transmit data via the Internet.

But why on earth would you want so many connected devices talking to each other?

What if your in-home IoT system switches on your energy efficient hot water heater at 6am when your alarm clock is set for 6.30am, and then notifies your coffee maker to start brewing coffee for you? What if your car knew exactly where you are going, detects that traffic is heavy and reroutes you while factoring in that you need fuel, and sends a text message to your boss that you are running late and included an estimated ETA?

It’s not hard to see how and why the IoT is becoming such a hot topic today – it opens the door to limitless opportunities, but also to many challenges – with the biggest challenge being security. With billions of devices connected together, will someone be able to hack into your child’s ‘smart doll’ and gain access to your entire network? But that’s a subject for another day…

The topic of the benefits of the IoT is taking place all over the world right now – companies are inventing new devices specifically to take advantage of this convergence of the communication of things – and how this will impact our lives. It’s critical that we look at our business models and ask ourselves how we fit into this wave of IoT and how we can take advantage of it. The IoT is where this world is going – and you’re a part of it whether you want to be or not – because you know, you’re a thing too.

Whether it’s through your personal phone, wearable tech or everyday household objects, IoT will connect us in ways we can’t even imagine yet. So, if you are like Multicom and are looking to hitch your wagon to a rising tide, grab the coat-tails of the coming IoT standards tidal wave and hang on for the ride of your life.

Multicom has been connecting things since 1982, and will continue to ride the wave of IoT, fiber optics and other technologies into the future. The communications industry is changing at the speed of light and someone has to lock-on to latest innovations. The products that go into video, WiFi, data and voice signal distribution are advanced, ingenious and constantly being reinvented. If you’re not an innovator, you’ll get left behind.

How do we keep up? How do we make it easier for our customers? At Multicom we accelerate the transition of emergent products – we manufacture reliable and cost-efficient products, and our informed staff are trained to be on the top of their game – always. This is essential for our customer’s success and the future of the industry.

Up next… The Industrial Internet of Things (IIoT)