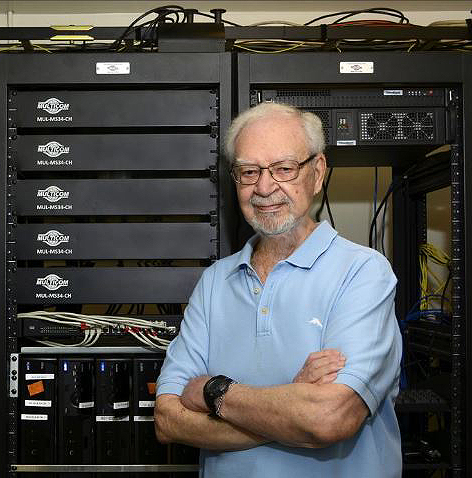 Sherman Miller’s military background led him straight to a post-military career with a big company.

The CEO and President of Multicom Inc. — who joined the U.S. Air Force ROTC program at Boston University and served from 1955 to 1966 — followed that up by being hired by General Electric because of his experience in the service.

He spent many years working for other Fortune 500 companies, including GTE Sylvania, where Miller developed expertise in many facets of business and technology. He took that knowledge and decided to apply it to his own business, founding Multicom in 1982.

His Longwood-based company is a maker and distributor of communications equipment to connect data, traffic signal, voice, TV, IT and Wi-Fi by coax, fiber, ethernet or satellite. As of year-end 2019, the firm notched a spot as Central Florida’s third-largest veteran-owned businesses, was one of the region’s largest manufacturing companies and was on Orlando Business Journal‘s Golden 100 list of top local privately held companies. 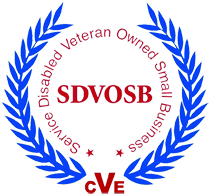 Multicom supplies telecommunications products and systems throughout the U.S. and exports to more than 20 countries. His company stocks around 20,000 items and includes a warehouse that serves as Seminole County’s lone Foreign Trade Zone, where commercial merchandise receives the same U.S. Customs treatment as if it were outside the commerce of the U.S. The designation allows the firm to avoid duty and tariffs if it reships outside of the U.S.

Along with that, Miller said he prides himself on having a corporate philosophy of working as a team in a family environment with many colleagues having spent 20-25 years with Multicom.

Miller was chosen as one of Orlando Business Journal‘s 2020 Veterans of Influence.

Here, Miller shares about his years of service and more:

What was the most significant thing that happened to you while you were serving?
Went to aircraft engineering school

Favorite place you were stationed:
Langley Air Force Base, the Virginia headquarters of the Tactical Air Command where I served in a bomber and fighter squadron, then moved on to Command Headquarters

Key challenges/injuries you faced while in the military:
I was 22 years old, fresh out of Air Force engineering school and was assigned the responsibility of 18 bombers and 150 men. The master sergeants who were in my command had more years in the service than how I was old.

Established in 1982 and headquartered in Orlando, FL, Multicom, a manufacturer and stocking distributor, maintains sales offices, rep agencies and sub-distributors throughout North and Latin America. Multicom stocks over 20,000 products from more than 380 of the world’s major manufacturers which are used to acquire, process, and distribute audio, voice, video, data, energy, and traffic control signals over fiber optic, copper, coax cable, and wireless.